Session: The rest of India 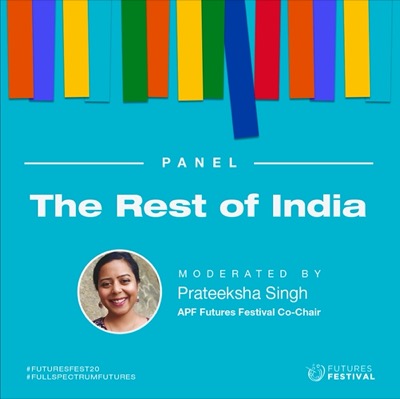 This panel is a conversation with three Indian journalists and storytellers, Priyadharsini- Founder of ‘The Blue Club’, a grassroots media organization that brings marginalized voices to the forefront and works across caste and gender, Priti David who the Education Editor with People’s Archive of Rural India, a journalism website reporting stories of rural Indians, and DVL Padma Priya the Editor and Co-founder of Suno India (In English “Listen India”), a multi-lingual and multi-generational podcast platform.

They will discuss the current state of mainstream media in India with regards to its coverage of stories from structurally marginalized communities, the growing role of alternative media in creating both a space for these voices to be heard and seen, and in showcasing the diversity of narratives that exist but are often overlooked by monolithic mainstream reporting.

This (very ambitious) and rich conversational session will aim to touch upon, amongst other threads, the impact of colonialism in media and media rooms, the relationship between language and representation (in particular English as both a linguistic bridge and a barrier in India; recognizing the irony of this session being in English), liberal movements in India and how they have left structurally marginalized communities (across caste, gender, sexuality, disability) behind, why we need representation in our stories, and how alternative media is working to rewrite the imbalanced power dynamics prevalent in mainstream reporting.

We look forward to speaking about all this and more with you!

See the video on Vimeo from APF. 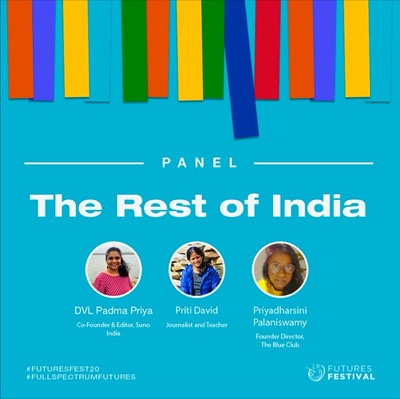 Priti David is a Journalist, Editor and Teacher. She reports for the People’s Archive of Rural India (PARI) and her areas of focus are Adivasis, health, education and livelihoods. As Editor at PARI Education she works with schoold and collegest, using stories of rural India to bring alive textbooks concepts, the complex inter linkages between urban and rural, understanding the lives of those who are on the margins of society.

Priyadharsini is a journalist turned activist, an alumnus of the prestigious Asian College of Journalism. After working with various media outlets like India Today, Priyadharsini decided that she would get into reporting about and working with Dalit communities in India. It’s this journey that led her towards setting up ‘The Blue Club’, an emerging grassroots organisation to amplify the voices of women from marginalised caste and gender locations. She played the leading role in designing The Blue Club Media Fellowship for Writers 2020-22 , a unique learning opportunity for marginalised women and queer persons. She has experience in documenting legal proceedings and cases specifically with respect to the violation of rights of Dalit Communities with special focus on Dalit Women. Priyadharsini has multiple short films and documentaries to her credit, including Go, Get Education, a short film based on the life of Savitribai Phule, a revolutionary 19th century feminist social reformer, and #dalitwomenfight which is on the rape atrocities committed on Dalit women in Haryana. The latter was screened at the 38th session of United Nations Human Rights Council, Geneva."

DVL Padma Priya is the co-founder and editor of Suno India, a multilingual-multigenerational podcast platform for issues that matter. She is an experienced journalist and advocacy- communication professional with over 12 years of experience working in media, digital media and the public health sector. She is keen in media literacy & also believes in the power of narrative storytelling for social impact.